(I’ve received several emails over the past week pointing out that I neglected to start this console replacement series by comparing Take Command with the standard Windows console. So here’s Part Zero!)

Rewriting the Windows console manager itself was out of the question (for one thing, Microsoft has neglected to document it or any of its APIs). But there have been several third-party attempts to wrap up the Windows console and hide it away, to improve the user interface and/or functionality (including our own Take Command and TCC). 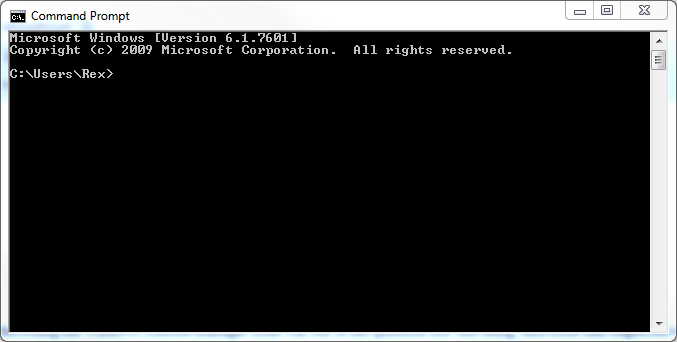 It’s a bit … stark. After 19 years, you’d think that Microsoft could have come up with something a bit more appealing! There are a handful of configuration options available by clicking on the icon on the title bar and selecting “Properties”, but nothing to solve the fundamental limitations I listed above.

Now let’s take a look at the Take Command window. (The Take Command Explorer-style Folder and List View windows, and the common Command Input window are set to Autohide in order to show a more straightforward comparison with the Windows console window.)

Take Command solves all of the Windows console limitations listed above, and a few thousand others we don’t have room to detail here. (For full details, see our online help.)