Today we’re looking at Console (sometimes called Console2), a Windows console replacement. Console is written by Marko Bozikovic, and the latest version (2.0) has been in beta for several years. The development pace seems to have slowed recently — 2.00.147 beta was released in November 2010, and 2.00.148 beta was released in October 2011. Console is available on SourceForge.

Console works by hiding the console windows and then reading & displaying their contents in tabs in a GUI window. (The overall concept is similar to what Take Command does, though the underlying architecture is very different.) 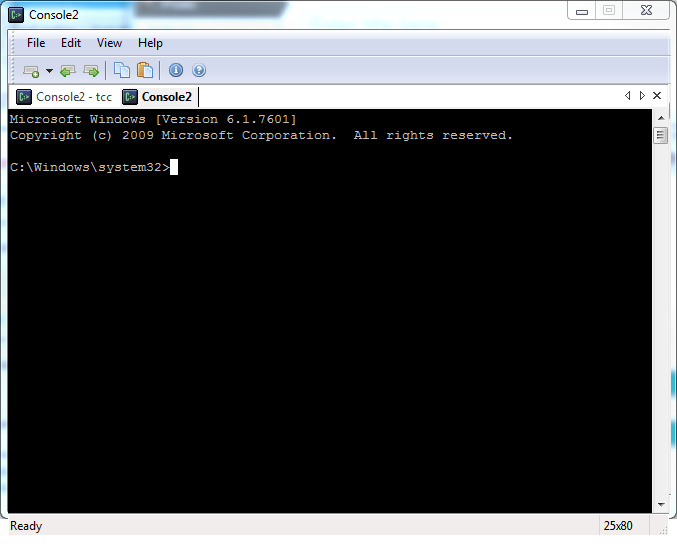 Console adds some new features not available in the standard Windows console:

Note that like Mintty, Console2 is not a replacement for the Windows CMD command prompt; it is a wrapper for command line programs (like CMD, TCC, Bash, etc.).

Let’s take a look at the Take Command window. (The Take Command Explorer-style Folder and List View windows, and the common Command Input window are set to Autohide in order to show a more straightforward comparison with the Console window.)

*Console doesn’t include a command interpreter.

Console is a bit faster than the stock Windows console, but substantially slower than Take Command.