JP Software has just released the public beta for Take Command 16.0. This is primarily intended as a UI update, though there are a number of new features for TCC as well (particularly in the TPIPE command). The goal was to modernize the Take Command interface, provide more space for new options, and increase the available tab window size. I decided to switch from the old menu interface to a ribbon — or more accurately a ribbon-like UI.

I know that a lot of you cringed at the word “ribbon”, but I think if you try Take Command 16 you’ll see that it is a genuine improvement over the prior (15.0 and earlier) look. The first decision I made was to keep everything available (no hidden menu entries), and in the same menus where they were before. At the same time, the ribbon provided much more screen area, without actually taking up any more screen area because it defaults to autohide. That allows us to add more menu options without having to resort to multiple cascading menus.

Here’s a look at the 16.0 windows (note that this shows everything in the non-hidden mode — you can set the Folders, List View, and Command Input to autohide, or disable them completely): 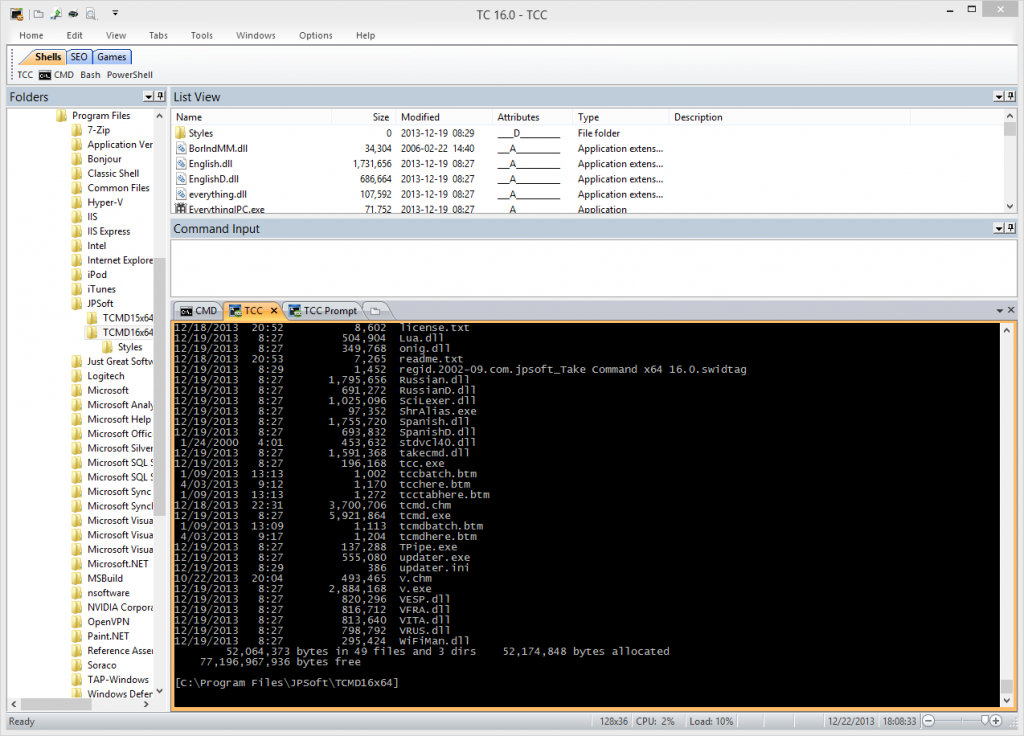 Note the customizable Quick Options toolbar on the left side of the caption bar. You may have noted the absence of the v15 “Explorer Toolbar” – this has been moved to the View menu (see above).

Because of the change to the ribbon UI, we have new theme options in v16 in various color combinations: