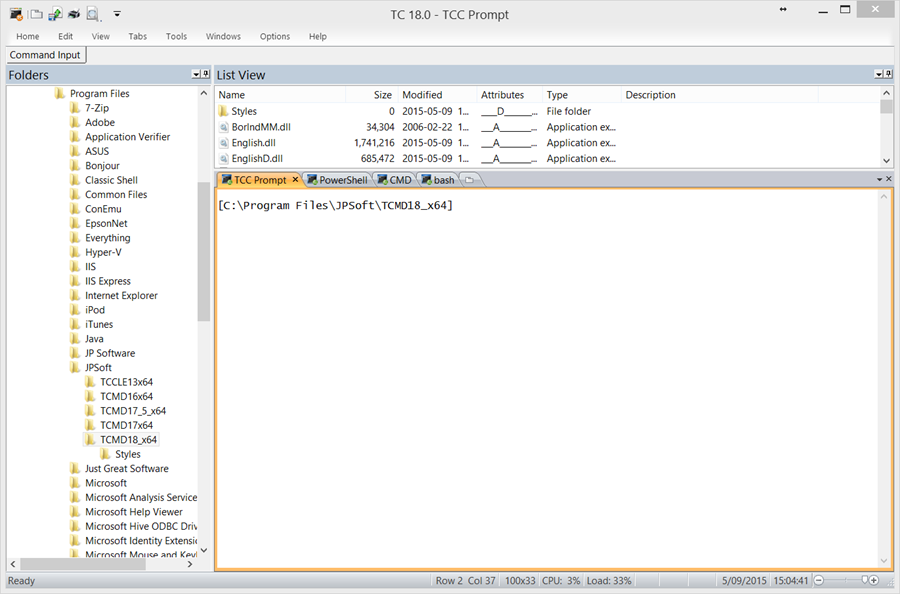 Take Command 18.0 has hundreds of new features, including:
· 7 new and 26 updated internal commands
· 11 new or updated variable functions
· 10 new internal variables
· Full integration with Everything Search (which is now optionally installed by the Take Command installer)
· More internal UTF-8 support
· A regular expression analyzer for creating regexes
· Major enhancements to TPIPE, including much faster sorting and additional input, output, and log file options
· Several new batch debugger features, including a tab window that shows all the variables that have been set or modified by the batch file
· Windows 10 support
You can see details of all the new features in Take Command 18.0 in our Online Help.
Take Command 18.0 was heavily influenced by customer feedback so we’re really excited to get this in the hands of our users.
Take Command 18.0 Price & Update Changes
We have reduced the pricing for Take Command 18.0 to $79.95 for new copies and $39.95 for upgrades. (Multisystem licenses have had even larger price cuts.)
Along with the price cuts, we have also reduced the one year of free major version updates introduced in v15 to 90 days for all v18 orders.