We have released Take Command 20.0. You can download v20 at:

Note that the installer is a combined x86 / x64 installer; it will determine the appropriate version to install for your version of Windows.

Our even-numbered releases try to focus on internal improvements — i.e., performance and UI enhancements. We have made some extensive changes in Take Command 20.0 in those areas, but we haven’t ignored the new features. See What’s New in Version 20.0 in the help for details on the changes and new features. 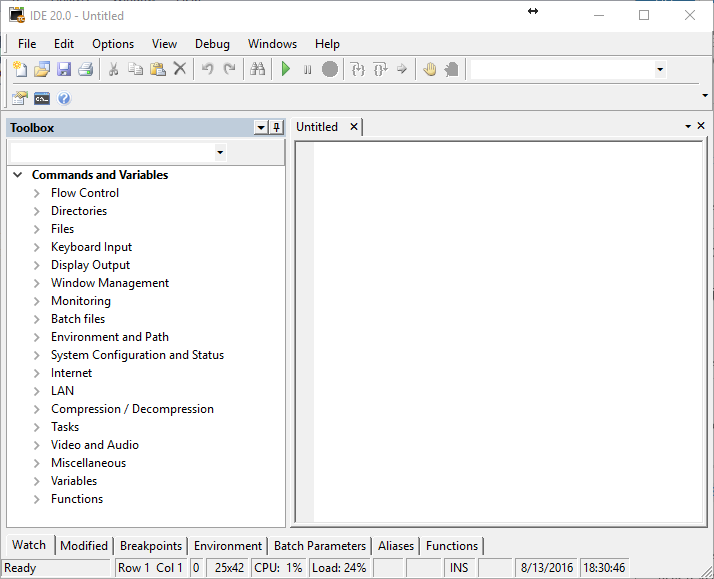 DEDUPE – Search for and optionally delete or symlink duplicated files.

DIFFER – Compare two directories and display files that have been added, changed, or deleted

PSUBST – Associiates a path with a drive letter. Like the Windows SUBST command, but the drive substitution is optionally persistent

You can see details of all the new features in Take Command 20.0 in our Online Help.

We will be sending free v20 updates for all eligible users (anyone who ordered v19 within the last 90 days, or anyone with Extended Support) by August 15, 2016. If you think you should have received an update and haven’t seen our email, or if you’re unsure whether you’re eligible for a free update, please contact us at support@jpsoft.com.