Using NotePad++ as a (somewhat) IDE for TCC-RT

From NotePad++, create the command to run your TCC-RT code.

The code in the following dialog allows me to run TCC code from NotePad++
Adjust the code to reflect the location of tcc.exe on your system.
I have saved this code as tccrt on my system. 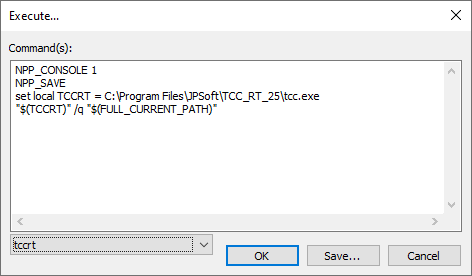 From NotePad++, I have the following example code; 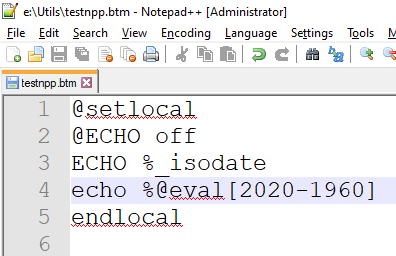 Note that I have saved this as testnpp.btm

This is the name of my scratch file, for testing out TCC-RT code.

To run this code from NotePad++, and have the .BTM output display in NotePad++, I press the F6 key to bring up the previous dialog, make sure that the tccrt code is loaded, and click ok. 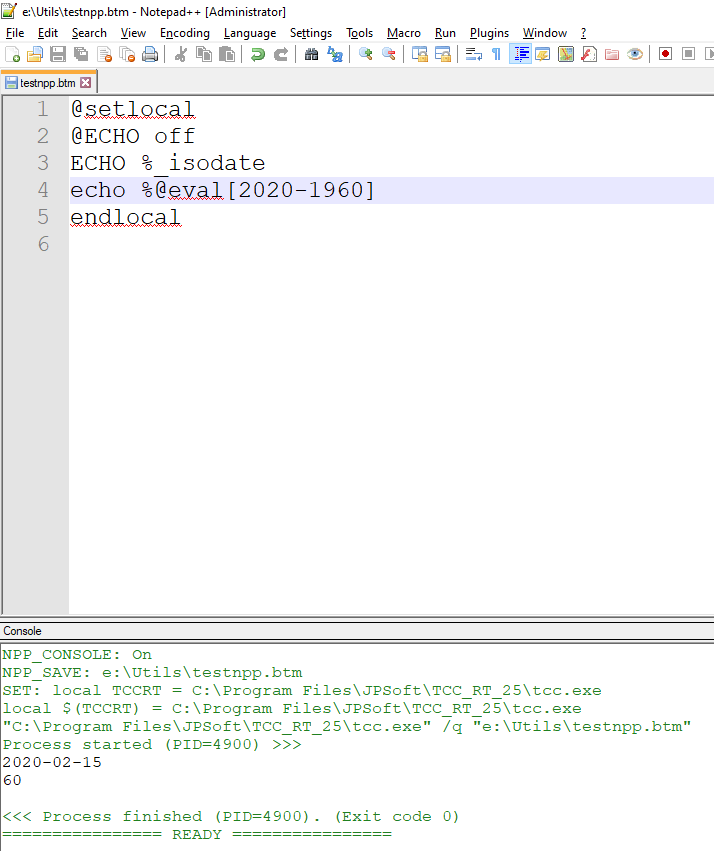 The TCC code is run, and the output is displayed in the NotePad++ Console.

If you make a change to your code, just press Ctrl-F6 to run it again.

I'm posting this here mainly for my future reference, but it may be of use to others also.

(I use TCC/LE and Notepad++ on my WinPE boot image, since they both work under 64-bit Windows PE.)

Charles, how do I use that file? I think it's (in some sense) installed because the keywords look right. But I'm seeing a rather bizarre combination of bold/regular and no colors.

On my system, that file lives in the install directory. But my installation may be nonstandard; it may need to go in AppData\Roaming.
Toggle signature
Charles Dye

I had some global orerrides set. This is better.

Thankyou for that @Charles Dye

I did a Language -> User Defined Language -> Define Your Language, clicked Import, and have BTM as my User Language 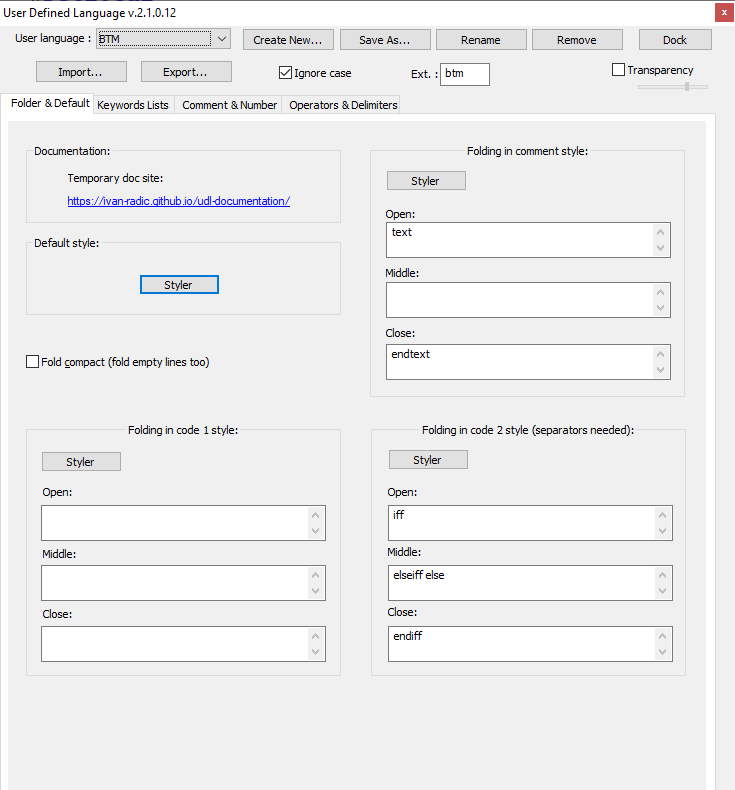 I can now tweak it to my liking.

I did exactly the same thing as Joe. And I'll be tweaking for a while. I'd like to color the names of variable functions. Does anyone know where I might find a complete plain-text list? Will HH.EXE still unpack the help file (if so, I forgot the command)? Maybe I could squeeze a list out of the source for the index.
Toggle signature
--
- Vince - Win10Pro/64/2009/21H2

Hey @vefatica
I tried to get a list of TCC Commands by doing;
Code:
...then...
Code:
...but the results are not quite what you are looking for.

Hey again @vefatica you can de-compile the help file as follows;
Code:
I moved the tcmd.chm to my e:\utils\tcmd\ folder when I did this.

Code:
It won't include any commands you've disabled via SETDOS, and there's no equivalent for variables or functions.
Toggle signature
Charles Dye

Joe Caverly said:
Hey again @vefatica you can de-compile the help file as follows;
Code:
I moved the tcmd.chm to my e:\utils\tcmd\ folder when I did this.

Thanks. That made it easy to get a list of variable function names.

Note that the files in the TCC Plugin SDK;

Joe Caverly said:
Note that the files in the TCC Plugin SDK;