Welcome to our help! We have designed this help file to accompany our products Take Command and TCC.

Take Command combines the best features of the GUI and character-mode interfaces. You can have multiple console applications open in tabbed windows, with a Windows Explorer-like interface available for those times when you need a visual look at your folders.

Take Command is composed of three elements which work closely together:

Take Command Environment - A rich development and operations environment that allows you to:

•Run multiple console and GUI applications simultaneously in tabbed windows, including our own Take Command Console (TCC), CMD, PowerShell and bash. Take Command will display output much faster (up to 10x) than running the application in a standard Windows console window.

•Drag and drop files into tab windows from an Explorer-like environment, other applications, or the desktop

•Create and edit command scripts with a full featured editor, including syntax highlighting

•Debug batch scripts with a sophisticated debugger, including single-stepping and conditional breakpoints

Take Command Console (TCC) - A command processor compatible with CMD (the default command processor in Windows 8 / 2012 / 10 / 2016 / 2019) but substantially enhanced with thousands of additional features. TCC provides the ability to:

•Run batch scripts as background processes based on timed schedules or operational triggers, such as changes in the system environment

Take Command Language - A mature scripting language based on and compatible with CMD, but massively enhanced. It includes:

•Additional underlying capabilities, such as the ability to access FTP and HTTP sites as if they were local disk drives

The following image shows how the pieces fit together. The overall environment surrounds a set of consoles, each with its own tabbed window. Each console can run commands in the Take Command language (or other languages, such as PowerShell or bash, in additional tab windows). 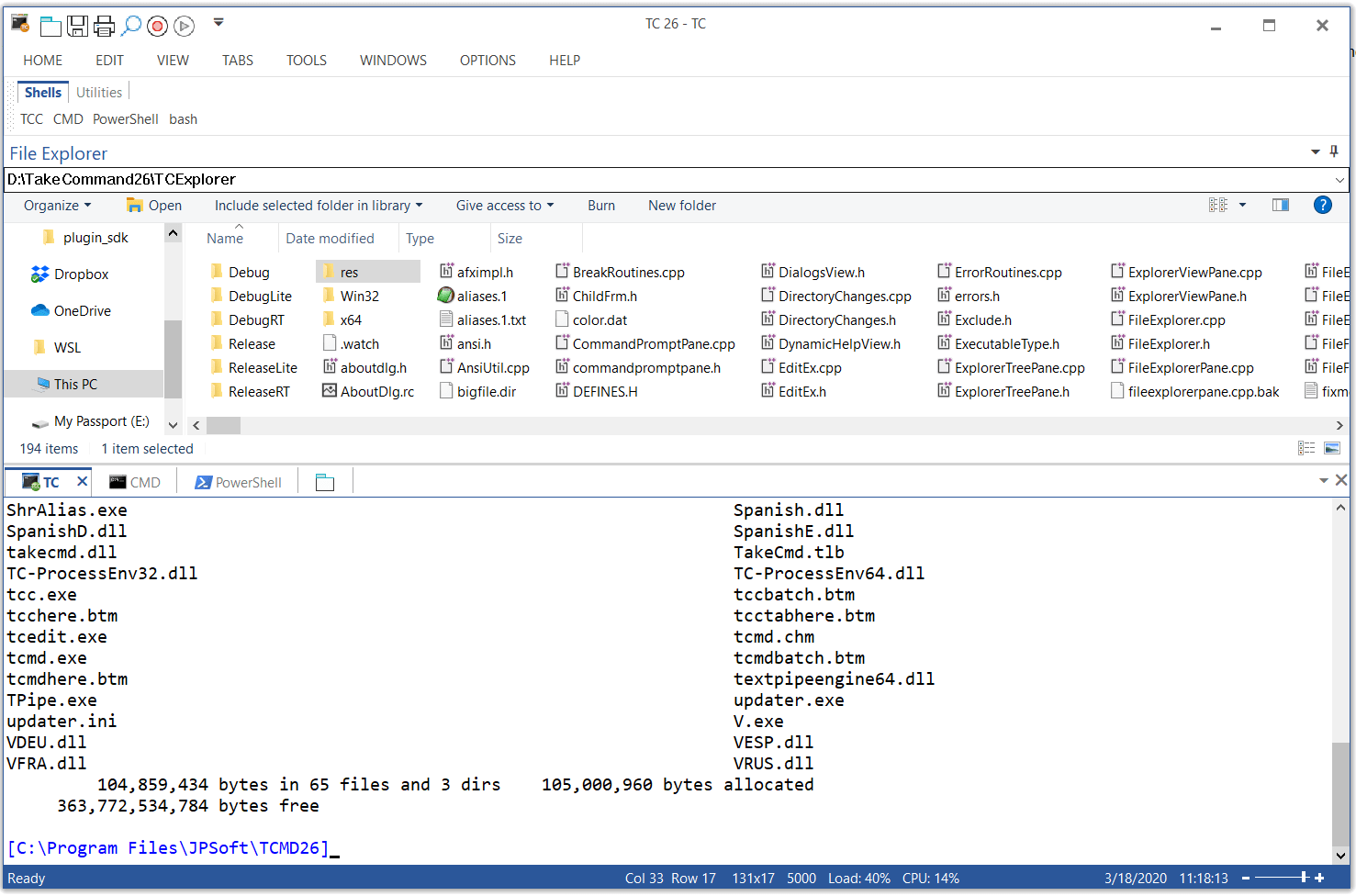