This is an MS-DOS emulator that runs on Win32-x64 command prompt.

16bit MS-DOS compatible commands can be executed on Win32-x64 envrionment. 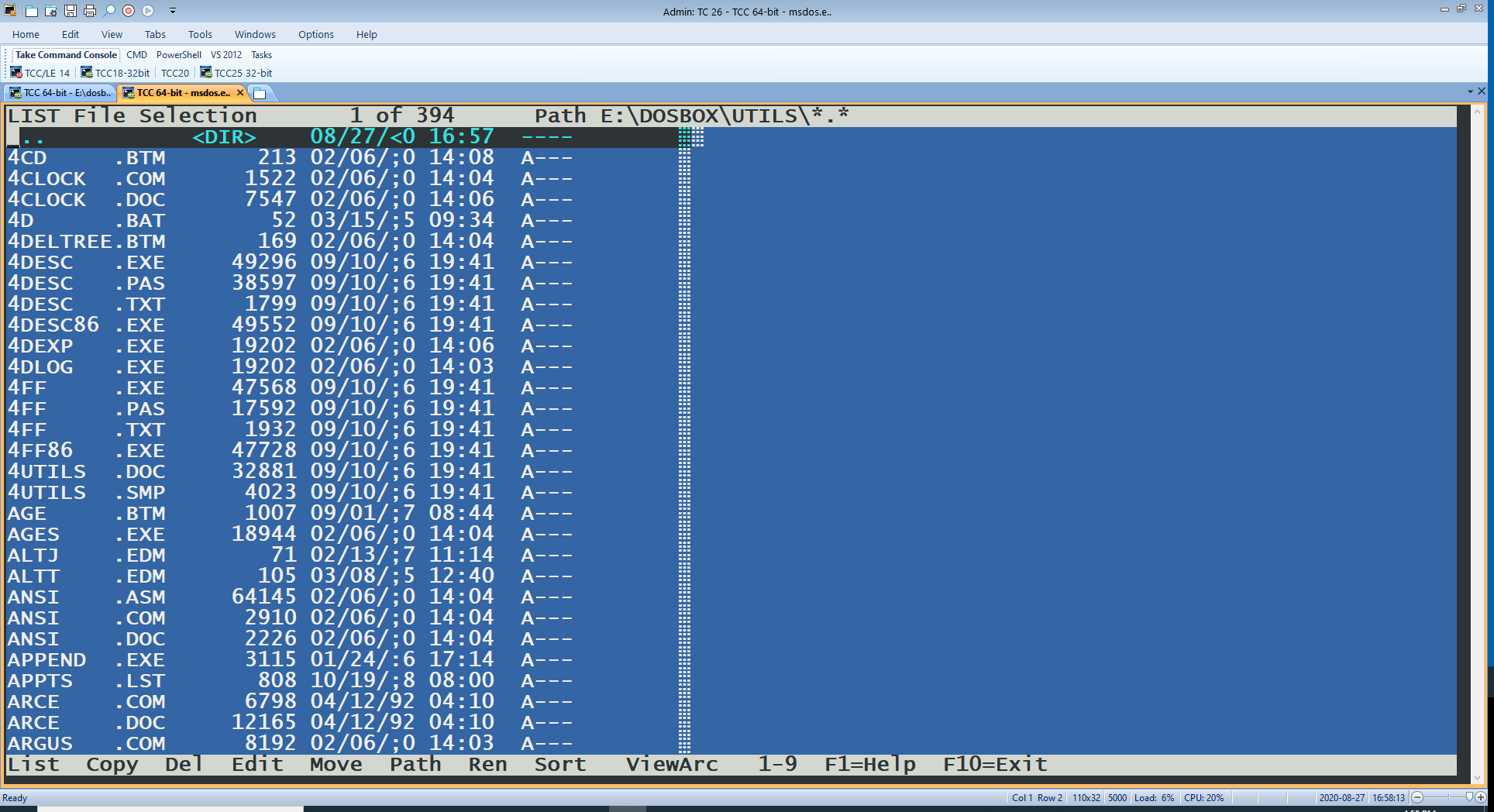 A bit of a problem when EXITing 4DOS;
Code:
but it matters not, as I won't need to run 4DOS.COM since I have TCC.EXE

Nice to be able to run my old utilities again. Sharing this with others who may also be interested.

How is this different from vDos? www.vdos.info
Toggle signature
-Scott

The fact that you can run inside of tcmd is pretty nifty though...
Toggle signature
-Scott

samintz said:
How is this different from vDos? www.vdos.info
Click to expand...