This page outlines some of the key questions we get about Take Command, as well as solutions to common problems.

1. Take Command will not register

You may have another application or Windows Policy blocking TCMD from accessing the Windows Registry.  Right click on the TCMD icon and select "run as administrator", and enter your registration information. If the registration is successful, you will now be able to run Take Command in non-elevated sessions.

Check to see if you have the latest versions of our software. (Click on "Download" in the menu bar above.)

The crash is probably occurring inside the Windows loader, before the Take Command code is executed. This is usually caused by another application attempting to inject a dll into Take Command's address space (i.e., an antivirus app, a screen manager, etc.) and the injected dll is crashing.

There are two things to try: 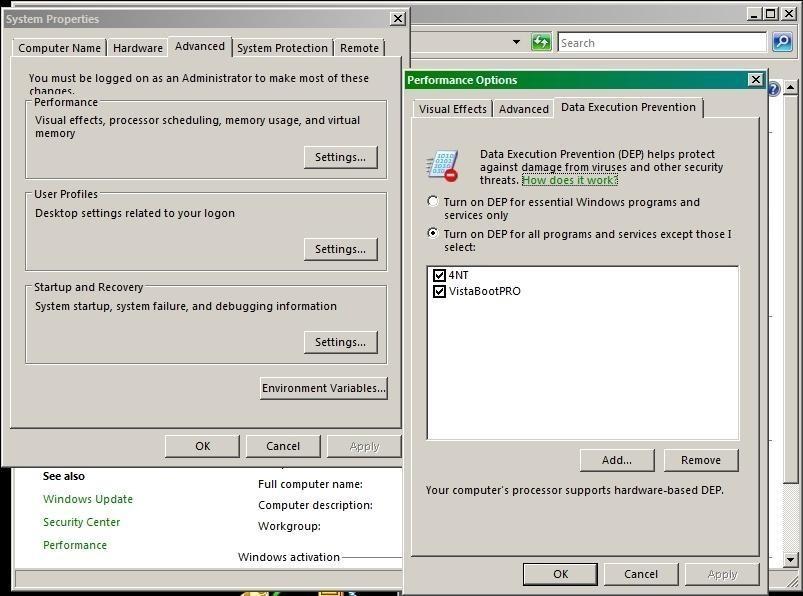 If that doesn't work you'll need to find the app that's injecting the dll -- try disabling the other running applications one by one until Take Command loads successfully.

If neither of these solutions work, contact us directly for a workaround.

3. Will JP Software's products work with Windows 7, Windows 8, and Windows 10?

4NT is still there. We have renamed it Take Command Console (TCC). If you want 4NT.EXE (perhaps because you have batch files requiring it), just copy TCC.EXE to 4NT.EXE.

2. How do I change the default command processor?

You can change the default command processor by going to the Control Panel / System / Advanced System Settings / Advanced / Environment Variables, and changing the value of "ComSpec" in the System Variables window.

For example, in v21 you'd change it to something like: c:\program files\jpsoft\tcmd20\tcc.exe, depending on where you installed Take Command and TCC.

3. Is Take Command completely compatible with the standard Windows CMD.EXE?

It's impossible to be 100% compatible with CMD.EXE, because

(2) CMD.EXE itself is incompatible with other versions of CMD.EXE.

We strive for 99.9% compatibility (generally more than CMD.EXE manages with differing versions of itself!) . There are always workarounds for the rare situation where Take Command doesn't execute a batch file in an identical way.

The best answer would be to download a 30-day fully functional trial of Take Command and test it in your own environment.

The installer for Take Command v27 is 64-bit only. We will supply license keys to v25 (which includes 32-bit support & Windows 7 support) upon request.

The video drivers in newer versions of Windows don't support full screen consoles. (It's not a Take Command issue; CMD.EXE won't work either.).

6. My IF statements are not working the same way since I upgraded.

The default IF behavior was changed in 8.02 to match undocumented behavior CMD.EXE -- Microsoft was distributing a number of batch files that would not work with 4NT or Take Command. (The problem was with compound commands on the IF line -- CMD.EXE will only execute the remainder of the command line if the IF test succeeds.)

If you don't intend to run any Microsoft batch files, you can restore the previous Take Command behavior by adding the line to your tcmd.ini file:

7. Why doesn't Take Command use the full size of the tab window?

Take Command can only display as many columns and rows as the largest possible console window on your system. That is determined by the screen size and the default font size in console windows. (This is a Windows limitation, not Take Command or TCC.) You can reset it by opening a console window (TCC), clicking on the icon in the upper left corner of the title bar, selecting Defaults and then Font. Select a smaller font size, save it, and close the console window. Restart TCMD, and you should be able to display a larger virtual console window.

1. Can you get me keys for earlier versions of JP Software Products?

We can sell and create keys for versions of Take Command back to Version 11. Pricing is the same as current versions.

2. If I buy a key for a JP Software product, do I get free upgrades forever?

We try to price major upgrades lower than most software companies -- upgrades are 50% of the original price.