I have two Windows 11 computers with TCC 27 installed. On my main development computer, TCC 27 starts in its own window. On the other computer, TCC starts inside a Windows PowerShell (see the attached image).

How can I fix the second computer so that TCC starts in its own window instead of within PowerShell?

NOTE: the problem showed up with TCC LE, so I thought I would try TCC 27 to see if it made any difference. It did not.

That's a new feature of Windows 11 22H2 to open any console app inside Windows Terminal (like the file name says, and is not PowerShell (but it will too)) by default. I'm not in front of a computer right now, but you can probably search Windows' Settings app for mention of "console" and find the setting to disable that feature.
Toggle signature
-Tim
T 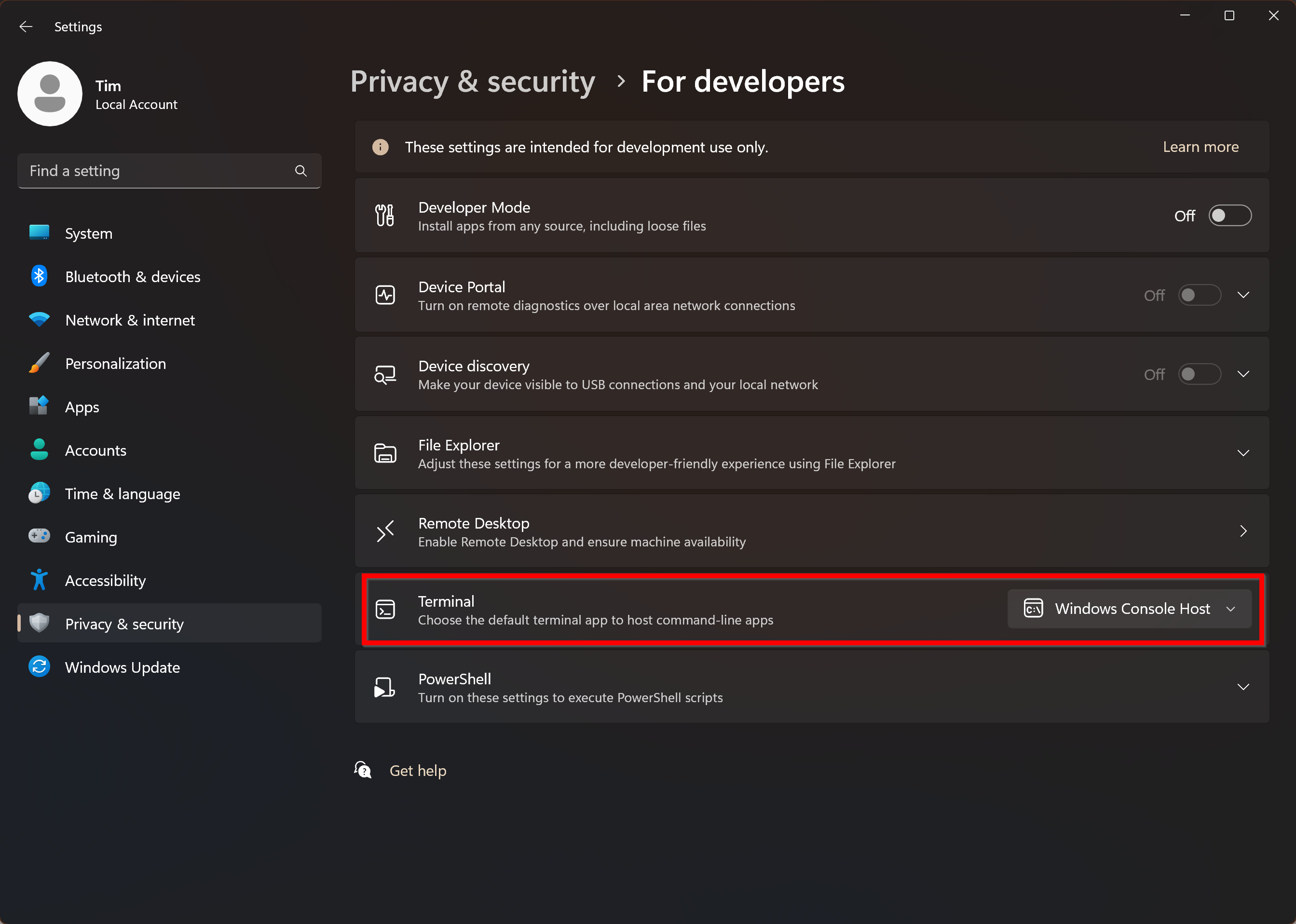 That did it, thanks!
T

ad1c said:
That did it, thanks!
Click to expand...

Personally, I like Windows Terminal and have my computer(s) setup to use it by default. To each his own.
You must log in or register to reply here.

C
How to? starting TCC/TCMD v25

Sharing CLIP1 to CLIP9 with another TCC

R
TCC 29 has its own keyboard buffer?

M
TCC 29: German special characters öäüÖÄÜß are not shown at all

Something in my INI file is slowing TCC down

RECORDER - TCC: (Sys) A resource required for this operation is disabled.

A
Can you set an image file 'tag' with TCC/4NT?

P
PSHELL not working in TCC 26

TCC and TCMD in Powershell

L
FTYPE in TCC, less quirky than in cmd.exe

How to? tcc inifile (%_ininame)

M
How to? Black TCC Prompt

D
Differences between TCC and CMD with COPY /b